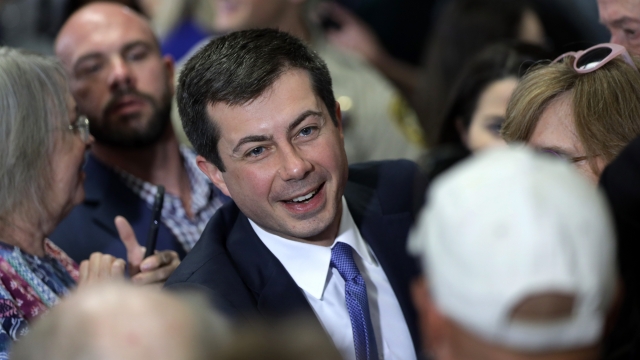 SMS
Buttigieg Says There Are 'Irregularities' In Nevada Caucuses Vote
By Katherine Biek
By Katherine Biek
February 24, 2020
Pete Buttigieg's campaign claims there were issues with how early votes were integrated "into the in-person precinct caucus results."
SHOW TRANSCRIPT

Pete Buttigieg is questioning his third-place finish in the Nevada caucuses.

In a letter sent Saturday night to the chairman of the Nevada State Democratic Party, Buttigieg's campaign said there are "material irregularities pertaining to the process of integrating early votes into the in-person precinct caucus results."

The Nevada Democratic Party said almost 75,000 people participated in the early voting period. Each person's vote was then routed to their home precinct and added to the in-person votes that were cast on Saturday.

Because of "how close the race is between second and third place," Buttigieg's campaign now wants the state party to "release early vote and in-person vote totals" for each precinct, correct "errors identified by presidential campaigns" and "explain anomalies in the data."

Results for Nevada's Democratic caucuses were still trickling in Monday morning, but The Associated Press already declared Sen. Bernie Sanders the winner. Former Vice President Joe Biden is in a distant second place, while Buttigieg is in third.

A spokesperson for the state party pushed back against Buttigieg's request Sunday, saying it was still verifying the results. Party rules state Buttigieg's campaign has until 5 p.m. PST on Monday to formally request a recount.