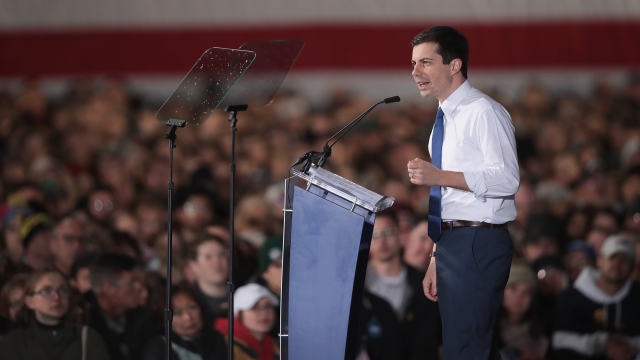 Buttigieg's announcement came after he formed an exploratory committee back in January.

Buttigieg, who previously served in Afghanistan, was first elected mayor of Indiana's fourth-largest city in 2011. He was 29 years old at the time, making him the youngest mayor of a city with at least 100,000 residents. Since then he's run for chair of the Democratic National Committee.

If Buttigieg were to secure his party's nomination, he'd be the first openly-gay presidential nominee from a major political party.

Despite initially seeming like a longshot contender when he first announced his exploratory committee, Buttigieg's since raised more than $7 million. According to fundraising numbers pulled by CNN, that's more money raised in the first quarter of 2019 than the majority of 2020 Democratic presidential hopefuls.