Buttigieg Comment On Racial Disparity Lacks Data To Back It Up 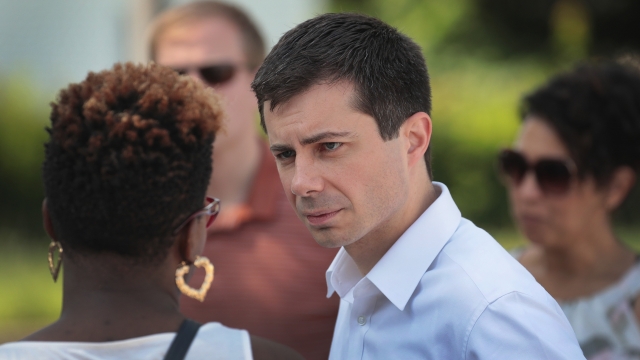 Mayor Pete Buttigieg pushed back against a man who made a racist comment, but he did so with an overly broad and inaccurate statistic.

While taking questions during a campaign stop, Democratic presidential candidate Pete Buttigieg pushed back against a man who made a racist comment.

"The fact that a black person is four times as likely as a white person to be incarcerated for the exact same crime is evidence of systemic racism," Buttigieg said.

That's a sweeping statistic, and it looks like his overly broad language resulted in a statement that doesn't have the data to back it up.

Buttigieg's campaign told our partners at Politifact his comment came from a study published by the ACLU in 2013. That study has the ratio Buttigieg mentioned — a black person is four times as likely as a white person — but it's talking about arrests, not incarceration. And the study is focused solely on marijuana, whereas Buttigieg just said "the exact same crime."

There are numerous studies and articles about the racial disparity in the American criminal justice system. But none of the ones we examined are a perfect fit to back up the South Bend mayor's statement. Some focus on young people or teens, but Buttigieg didn't specify an age range. Some look at arrests or detentions, but he specifically said incarceration. Others look at specific crimes or categories of crime, but Buttigieg just said crime in general.

The executive director of the Sentencing Project told Politifact, "It's encouraging that Buttigieg is calling attention to this important issue, but he should be framing the research findings more accurately."