But First, Let Me Take A Selfie (Because It's Also My Password) 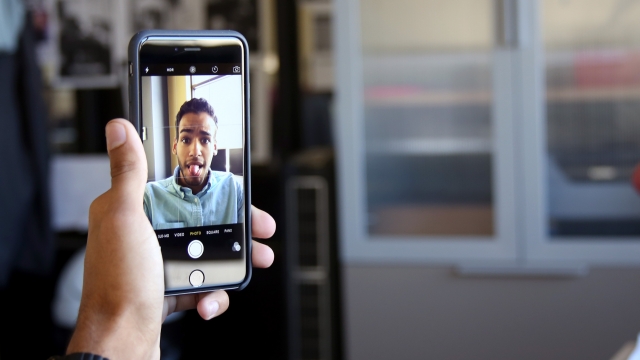 Amazon recently filed a patent for a new security feature that could have us rolling our eyes — but not because we're annoyed. Let us explain.

Amazon's idea is essentially enhanced facial recognition: It not only recognizes a user's face, but also tries to determine if the face it sees is a real, living, breathing human.

By prompting the user to perform one or more actions — a wink, a smile, a nod, etc. — the feature can reasonably assume it's looking at a real human.

See, some facial recognition technology can be fooled by photos of the faces it's using for authentication. By asking for certain actions, the Amazon software could determine whether it's looking at a photo or the real deal.

Boiled down to its simplest form, Amazon has basically filed a patent for selfie passwords. Take a selfie with a wink or a smirk, and you've given the go-ahead to buy that 100-roll pack of toilet paper you've got in your cart.

Selfie passwords could be far more convenient than the long, randomized, difficult-to-type passwords we're all totally using, right? And they'd hardly be out of place in our selfie-saturated culture.

Which made me wonder: If I could have a selfie password, what would it be?

This video includes clips from Qualcomm, Microsoft and Snapchat.