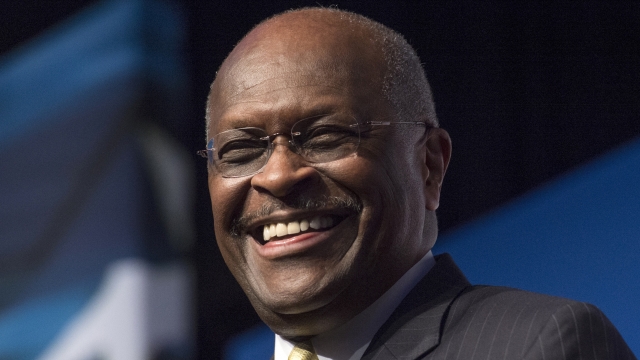 SMS
Businessman Herman Cain Dies After COVID-19 Battle
By LeeAnne Lowry
By LeeAnne Lowry
July 30, 2020
Cain's website says he was healthy leading up to the virus but was in a high-risk category.
SHOW TRANSCRIPT

Former Godfather's Pizza CEO and presidential candidate Herman Cain has died after a battle with COVID-19. He had been hospitalized with the illness for a month.

His death was announced on his website Thursday. It said that while Cain was healthy leading up to contracting the virus, his history of colon cancer put him in a high-risk category. It's unclear where he contracted the coronavirus.

The website's editor wrote: “We all prayed so hard every day. We knew the time would come when the Lord would call him home, but we really liked having him here with us, and we held out hope he’d have a full recovery.”

Cain ran for the Republican presidential nomination in 2012. His platform centered around major tax overhaul. More recently, he had been considered for the Federal Reserve by President Donald Trump.

Prior to getting sick, Cain was set to host a new show on Newsmax TV.

He's survived by his wife and two children.