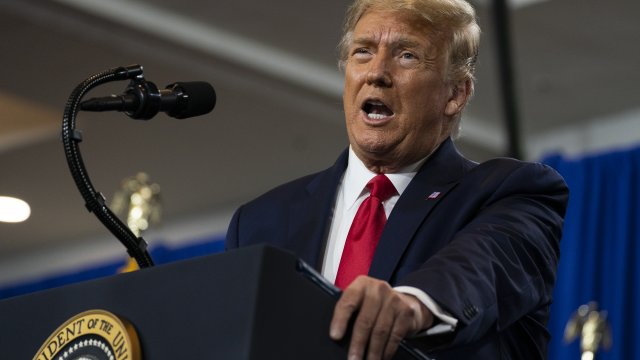 More than 150 groups, including the U.S. Chamber of Commerce, are urging President Trump to withdraw his executive order that limits diversity and gender-based training.

The order prohibits the federal government, as well as its contractors, from participating in this type of training. It also threatens to suspend or terminate contracts with companies that violate the order.

In the letter, the collective of business groups and non profits says President Trump's decision creates "confusion and uncertainty." The coalition also argues the order gets in the way of diversifying the workforce and efforts to prevent discrimination.

The White House issued a memorandum in September, calling the training "divisive, anti-American propaganda." It urged agencies to review programs that address concepts such as "critical race theory" and "white privilege."

Critics are raising concerns over the government setting up a hot line for employees to report potential violations of the order. They say the complaints can bring "non-meritorious" investigations.