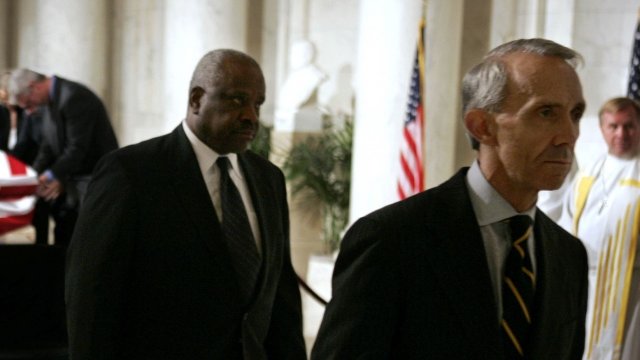 Presidents are remembered for the decisions they make inside the Oval Office, and some of the biggest impacts of their presidency come from a choice in a single person, or two, in the case of former President George H.W. Bush and his Supreme Court picks. Justices David Souter and Clarence Thomas have proven to be influential and disastrous justices, depending on who you ask.

That decision to protect a woman's right to choose, and many other liberal ones, caused conservatives to chant "No more Souter!" when deciding future picks. But it's not that the 41st president didn't have conservative options. Bush chose Justice Souter when he'd only been on the federal bench for two months.

Justice Souter was the one confirmed easily. He got through 90-9. It was Bush’s second nominee, Clarence Thomas, who face much more scrutiny. Bush stood by Thomas as he faced enormous criticism during the Anita Hill trial. He made it through by the skin of his teeth 52-48.

Thomas still sits on the bench and is 70 years old. He could make influential decisions for years to come. Souter, on the other hand, retired at 69. That's young for justices. Disappointing conservatives, Souter waited until the younger Bush was out of office and President Obama was in, ensuring a more liberal justice would be appointed.

Bush's picks might have been an ideological wash, but his decisions did leave a legacy: future administrations would be much more careful about the values of their selections for the Court.