Australia In State Of Emergency Over 'Catastrophic' Fire Conditions 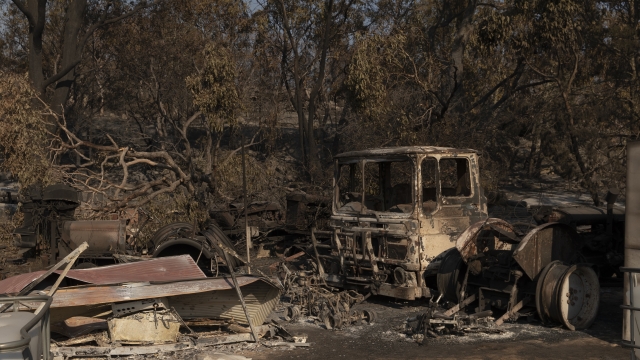 Australia's east coast is under a state of emergency. Officials are taking precautionary measures Tuesday amid what they're calling "catastrophic" bush fire conditions.

New South Wales and Queensland have both declared a state of emergency. Hundreds of schools were closed in New South Wales on Tuesday due to increased fire risk.

The New South Wales Rural Fire Service has issued a "catastrophic" fire warning for the greater Sydney, greater Hunter and Illawarra Shoalhaven areas. That's "the highest level of bush fire danger," and it calls on residents to either leave the area or find a safe place.

Australia's ongoing drought is partly to blame. This is one of the worst droughts the country has experienced in decades. And strong winds have only made matters worse.

On Tuesday, the NSW Rural Fire Service tweeted: "Today is going to be a very long and very dangerous day."

At least three people have died in the fires and more than 100 homes have been destroyed. Rural areas are at greater risk.

On Monday, New South Wales Premier Gladys Berejiklian said: "Everybody has to be on alert no matter where you are, and everybody has to assume the worst. And we cannot allow complacency to creep in."

Australian Greens party members have blamed climate change for the fires and are calling on the government to declare a climate emergency. Prime Minister Scott Morrison said his government has balanced Australia's economic needs with "taking real action on climate change."