Burkina Faso Elections Back On After Military Coup 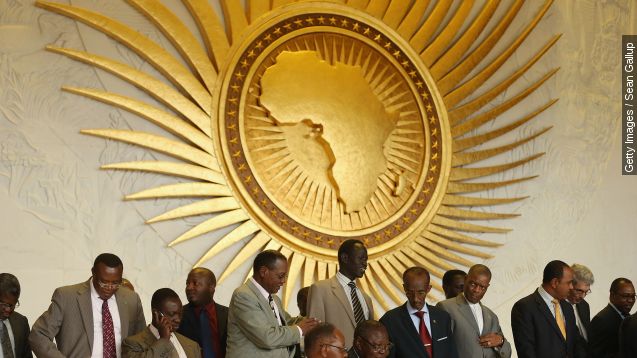 The elections in Burkina Faso are back on as interim President Michel Kafando was reinstated. West African leaders are now overseeing the process.

Elections are back on schedule in Burkina Faso after a military coup threatened the country’s promise for a new democratic government.

Interim President Michel Kafando announced Wednesday the transition for democracy was back on track and condemned the members of the presidential guard responsible for the coup, lead by Gen. Gilbert Diendere. (Video via France 24)

The move to hand power back to Kafando was led by West African leaders who asked the international community not to impose sanctions on Burkina Faso and to let the parties mediate the situation themselves.

Heads of state from Nigeria, Ghana, Benin and Niger arrived in Burkina Faso's capital Wednesday to help negotiate an end to the crisis between Diendere and Kafando. (Video via Channels TV)

The terms of the agreement aren't clear yet, but one sticking point was the African leaders' suggestion to grant amnesty to the leaders of the coup. Kafando spoke out openly against the proposal, and a reported 2,000 protesters condemned it during the negotiations. (Videos via TVC News and CCTV Africa)

It's also not clear if the deal would let those loyal to former President Blaise Compaore vote in the new elections. That's something Kafando had prohibited earlier and was one of the factors that lead to the coup in the first place.

The Oct. 11 elections are meant to mark a return to democracy a year after demonstrators ousted Compaore as he attempted to extend his 27-year rule.

This video includes images from Getty Images and an image from ECOWAS.