Bulletproof: Why Tables And Backpacks Are Now Doubling As Shields 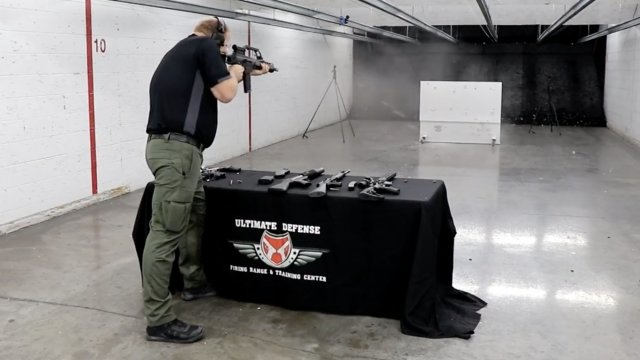 SMS
Bulletproof: Why Tables And Backpacks Are Now Doubling As Shields

"But there was thirty rounds that hit that there with the M-16 rifle, and it did chip this a little bit. No signs of any bullets coming through any of that material, but the impact was so severe."

This is a bulletproof flip-top table by First Line Furniture.

["And it pretty much takes off on its own."]

It's designed to defend classrooms and offices in the event of active shootings, and it was inspired by the school shooting at Parkland, Florida — where a gunman killed seventeen people and injured more than a dozen others.

In the nine months since the Parkland shooting, the table has undergone five iterations and three rounds of ballistic testing.

In this test, the table gets hit with ammunition from various handguns, carbine rifles and even sub machine guns. No weapon was able to penetrate the table.

"I would like to test it until it fails" 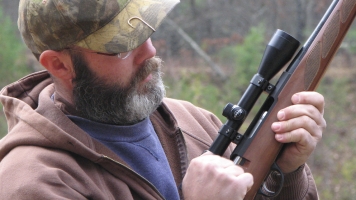 There's A Battle Brewing Over Bullets

At the time of publishing, First Line's table isn't available to purchase yet. The company is still looking for manufacturers, and because of that, the table doesn't even have a price attached to it.

That variable, cost, is a major deciding factor for schools, but the market for school safety technology is growing pretty quickly.

"Sales of bulletproof backpacks are skyrocketing."

"They make bulletproof shields you can easily put in a backpack."

"A functional fortress for the classroom."

Analysts say the market for school security reached $2.7 billion in revenue in 2017 — that number takes into account security cameras, metal detectors and high-security doors. It doesn't include armed campus safety officers or bullet resistant products, and despite the growing investment in security, the number of mass shootings has stayed relatively constant.

The Washington Post surveyed schools that had experienced a shooting of some kind since 2012, and one sentiment was common throughout the responses: "No amount of investment in security can guarantee a school protection from gun violence."

Despite that refrain, schools are facing pressure to invest more in security, and parents are trying to find more ways to keep their kids safe.

Following the Sandy Hook shooting, a university in Maryland spent around $60,000 on bulletproof whiteboards. And after the shooting at Marjory Stoneman Douglas High School, one company saw sales for bulletproof backpack products increase by 200 to 300 percent.

It's this fear of school shootings and the need to protect students that drives the makers of bulletproof products — and it's what drove First Line Furniture to create their bulletproof table in the first place.

As long as school shootings happen, so will the products made to prevent them.