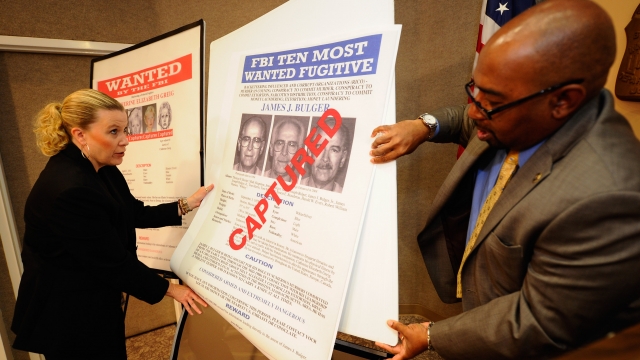 SMS
Whitey Bulger's Family Files Claim With DOJ Over His Death In Prison
By Johannah Grenaway
By Johannah Grenaway
September 22, 2019
Bulger's family is seeking $200 million in damage and hopes for more information regarding his transfer and death by deposing government officials.
SHOW TRANSCRIPT

The family of Boston's notorious mobster and gang boss James "Whitey" Bulger filed a wrongful-death claim against the federal government on Friday. The family blames the federal prison system for Bulger being killed inside a prison last October.

The 89-year-old was beaten to death by other inmates less than 24 hours after being transferred to a federal prison in West Virginia where he was put in the facility's general population. He was expected to be put in a prison medical facility due to his health problems.

Bulger's family said in a statement: “We believe that James Bulger was deliberately placed in harm’s way. There is simply no other explanation for the transfer of someone in his condition and inmate status to be placed in the general population of one of the country’s most violent federal penitentiaries.”

Bulger was publicly identified as an FBI informant who shared information about the mafia, although he firmly denied it. Other mafia members were in the general population at the facility where he was killed.  According to the investigation, two of them are suspected of beating Bulger with a lock stuffed in a sock. His death certificate, obtained by the Boston Herald, said he died from "blunt force injuries of the head." Last year, federal prosecutors investigated the death as a homicide, but no one has been charged.

The Bureau of Prisons previously said Bulger was transferred because he made a threat against a staff member. But, his attorney denies that claim. The bureau had a separate investigation into security practices at the West Virginia prison, but still hasn't released its findings.

The family's attorney sent the claim to the Department of Justice seeking $200 million in damages. The family said they hope to find out more about why Bulger was transferred and about his death by deposing government officials. It also said any money awarded would be subject to civil judgments and restitution orders against Bulger.

Bulger was captured in 2011, but fled to California and avoided being arrested for 16 years. But, in 2013 he was convicted and sentenced to life for murder, extortion, money-laundering and drug dealing from the 70's to the mid-90's while leading the Winter Hill gang in Boston.