Here's What's Next For 'Build Back Better' 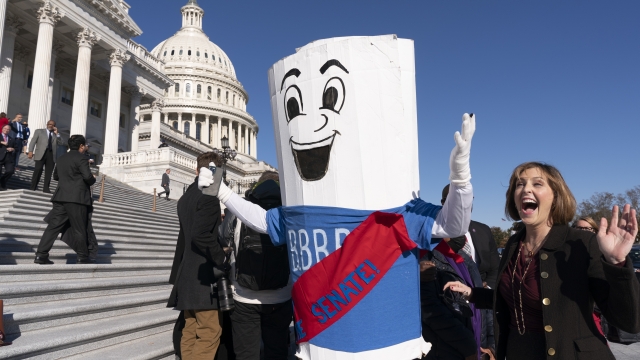 "This bill is monumental, it's historic, it's transformative," Speaker of the House Nancy Pelosi said. "It's bigger than anything we've ever done."

The bill passed with Democrat votes alone — and Republicans do not support it.

The Build Back Better Act will raise taxes on corporations and wealthy Americans, which Democrats say will make the bill pay for itself.

As written, Build Back Better contains numerous Democratic priorities including universal pre-K, expanded child care, a continuation of the expanded child tax credit, and paid family leave, but it still needs to pass the Senate.

Manchin has, so far, opposed paid family leave, meaning it could be stripped from the overall bill.

However, Pelosi argued Friday the hard work of negotiating has already been done.

"Whatever comes out of the Senate, we'll be working together with them so we have an agreement when it comes back to the House," she said. "I have absolutely no doubt, the biggest hurdle was to get us there."

In the Senate, Democrats will need to stick together. With an even divide of 50 Democrats and 50 Republicans, Vice President Kamala Harris is expected to cast the tie-breaking vote on any eventual deal.

But with all 50 Democrat votes on the line, there's no room for error.

Individual Senate Democrats have enormous control. If any split with their party, the president's signature social spending plan could die on the Senate floor.

Democratic leaders have said they hope to pass the president's package by Christmas.

Congress also has to deal with government funding and the debt ceiling before Dec. 3.

But the body is slated to meet for just two more weeks for the rest of the year.