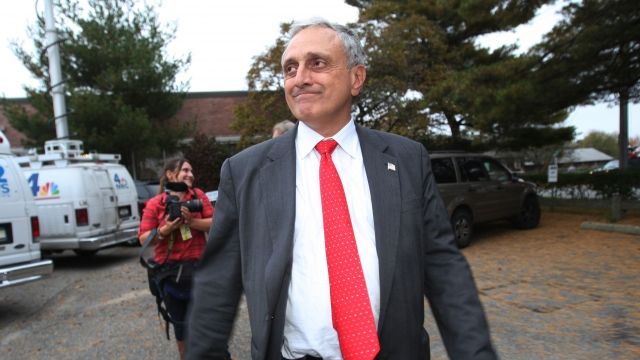 SMS
Buffalo School Board Votes Out Trump Ally Paladino Over Racist Remarks
By Grant Suneson
By Grant Suneson
December 30, 2016
Buffalo's school board voted out member Carl Paladino for his racist comments about the Obamas.
SHOW TRANSCRIPT

The Buffalo Board of Education in New York wants to oust member Carl Paladino over racist statements he made about Michelle Obama.

The board voted 6-2 to remove Paladino, calling his remarks "racist, morally repugnant" and "flagrantly disrespectful."

Paladino, who served as co-chairman of Donald Trump's New York presidential campaign, compared the first lady to a man and a gorilla. He also wished that President Obama would die of mad cow disease.

Many in Buffalo and across the country were outraged by the comments. Paladino attempted to apologize and said he never meant for his responses to be published. But he only apologized to the "minority community" and not to the Obamas themselves.

Instead, he criticized the president's foreign policy and called him a traitor, then took some shots at his political opponents and called his critics "attacking parasites."

The resolution gave Paladino 24 hours to resign, which he didn't. Now the board is planning a special meeting in January to file a request with the state's education commissioner.