2 Budget Staffers Resigned Over Frustrations About Hold On Ukraine Aid 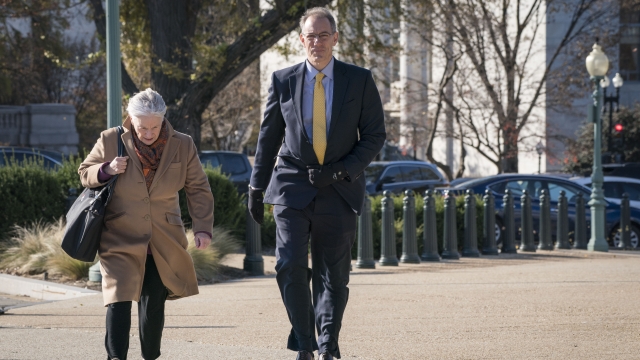 SMS
2 Budget Staffers Resigned Over Frustrations About Hold On Ukraine Aid
By LeeAnne Lowry
By LeeAnne Lowry
November 27, 2019
A career staffer said one person resigned at least in part because they were frustrated about not understanding the reason for the hold.
SHOW TRANSCRIPT

Two budget staffers resigned because they were frustrated about the hold on military assistance to Ukraine, according to new transcripts.

Transcripts with Mark Sandy, a career staffer at the Office of Management and Budget, were released by House Democrats on Tuesday. He had testified behind closed doors earlier this month.

In the transcript, Sandy said one person resigned at least in part because they were frustrated about not understanding the reason for the hold.

The other staffer that resigned was in the budget office's legal department. They told Sandy they were also leaving because of concerns regarding the hold on Ukraine aid, specifically that it might violate the 1974 Impoundment Control Act. That law prevents the president from being able to withhold funds appropriated by Congress.

The House Intelligence Committee plans to work through Thanksgiving recess to compile a report to help the House Judiciary Committee decide whether to draft articles of impeachment.