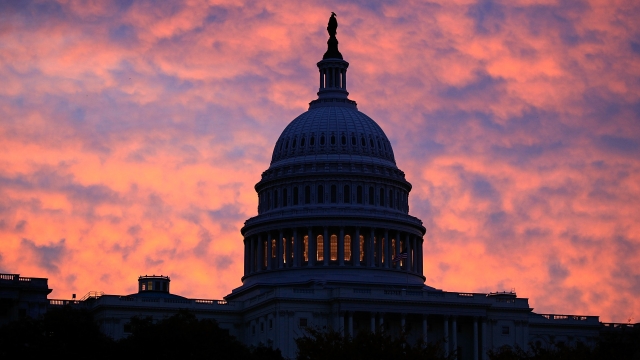 Congressional lawmakers are trying to strike a deal on funding for a border wall and possibly a limit on some ICE detentions.

With just a handful of days before the government runs out of funding, it looks like negotiations might have stalled.

"Is a shutdown entirely off the table? The answer is no," Mick Mulvaney said on "Meet The Press."

A group of congressional Democrats and Republicans have been trying to iron out a deal for more than two weeks.

The key sticking point is still funding for a southern border wall, but Democrats are reportedly trying to put a limit on the number of people caught within the U.S. that ICE can keep in custody.

President Trump tweeted about the negotiations Sunday, accusing the Democrats of wanting another government shutdown.

According to acting White House chief of staff and director of the Office of Management and Budget Mick Mulvaney, it's possible that President Donald Trump would sign a budget bill that does not have all of the $5.7 billion he requested to fund a wall. But Mulvaney says the president would probably find that money someplace else.

The government is currently funded through Friday.