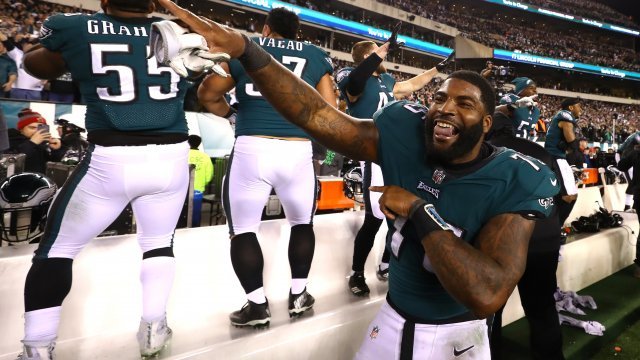 SMS
Bud Light Is Still Planning To Give Out Free Beer If The Eagles Win
By Austin Kim
By Austin Kim
January 22, 2018
The deal goes back to a tweet at Eagles right tackle Lane Johnson in July.
SHOW TRANSCRIPT

If the Philadelphia Eagles win the Super Bowl, Bud Light is going to make sure Eagles fans have a really good time.

This wager started back in July. Eagles right tackle Lane Johnson told reporters, "If we win a Super Bowl, I'm giving out beer to everybody."

Well, Bud Light got wind of this and stepped in, tweeting "the party is on us" if the Eagles win it all. 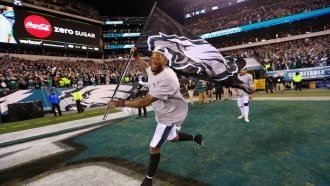 So what's the Dilly-O with this bet? It's still on, according to Bud Light's Twitter account. Before the NFC championship game, the beer giant told a TV station in Philadelphia it hadn't forgotten its agreement.

Again, the Eagles have to win the Super Bowl. They're going up against the reigning Super Bowl champions, the New England Patriots. But if the Eagles pull off the upset ... Bartender, I'll take 6,069,875 beers please.