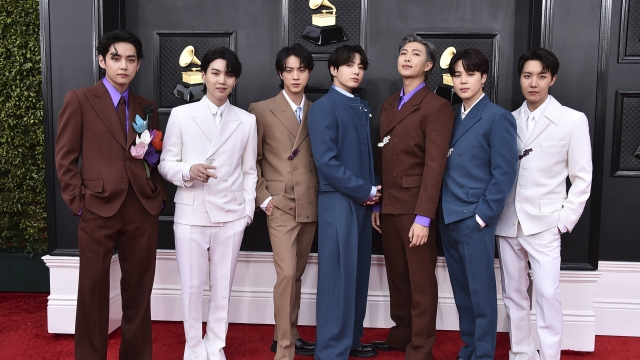 SMS
BTS Is Taking A Step Back To Focus On Solo Projects
By Casey Mendoza
By Casey Mendoza
June 15, 2022
Today's biggest boy band, BTS, announced its seven members would be taking time to work on solo projects, though they're not breaking up.

Global pop sensation BTS has been taking over the music world since they debuted almost a decade ago, but now, they’re taking a few steps back.

The seven-member group from South Korea announced in an hour-long video that they are taking time to focus on solo projects and experiment individually outside of the K-Pop genre.

To clarify: BTS says it isn’t disbanding, but their announcement sent some pretty big shockwaves throughout the industry.

BTS — which stands for “Bangtan Sonyeondan” and translates to “bulletproof boy scouts” — debuted in 2013. They sing mainly in Korean and English, and their biggest hits include upbeat pop songs like “Dynamite” and “Butter.”

Though K-Pop began in the '90s in South Korea, BTS helped usher the genre into the global mainstream with their pop and hip-hop styles, dynamic choreography and songs about self-acceptance.

The boyband is the most streamed group on Spotify and the most followed band on Instagram. They hold the record for most tickets sold for a livestreamed concert, and tickets for their most recent live performances in Las Vegas sold out within hours.

In response to BTS’s announcement about stepping back, shares for the group’s agency sank by 28% — which amounts to $1.7 billion in market value.

Despite the shock and financial hit, BTS fans — who refer to themselves as “ARMY” — overtook Twitter with supportive messages thanking the group for their work and voicing excitement about their future.

While not much is known yet about the musicians’ individual projects, some members are already slated for solo performances.

J-Hope, the group’s lead dancer, is headlining Lollapalooza in Chicago this July. He’s the first South Korean artist to ever headline a main stage at a major U.S. music festival. 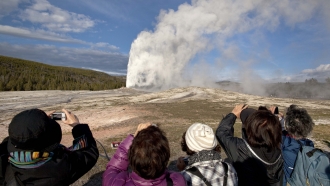 'Yellowstone' Has Created A Tourism Boom In Missoula, Montana