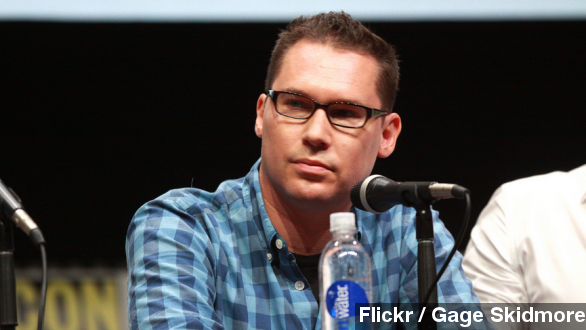 Just weeks after 31-year-old actor Michael Egan accused Singer of routinely abusing him more than a decade ago, a British man has stepped forward with similar claims. (Via KTTV)

Per The Daily Beast, the man is remaining anonymous for now, fearing "further psychological injury" if his name is disclosed.

Variety reports the lawsuit says abuse began when the man was 14 — Goddard reportedly contacted him on social media, telling the teen he was good-looking and that he could help him in Hollywood. The details get graphic from there.

"The suit contends that nude webcam sessions began. ... When the teenager was 17, the suit alleges that at a 'Superman' after-party, Singer had sex with him, despite his refusal. Reportedly, when the teenager refused, Goddard brought a 'large, musclebound man' who smacked him around."

What's interesting here is that the boy was 17 at the time — and the age of consent in England is 16.

But as The Hollywood Reporter notes, the lawsuit uses the California age of consent: 18.

"The lawsuit argues that the California age of consent, 18, should apply because Singer and Goddard allegedly formulated their sexual plans regarding the teen while in California. In addition, the federal age, also 18, assertedly applies to travel from the U.S. for sexual purposes."

And why step forward now? Well, the suit claims the teen "only recently became cognizant that he has suffered psychological and emotional injuries, mental anguish and loss of enjoyment of life as a result of defendants' sexual acts." (Via New York Daily News)

Both Singer and Goddard's reps have denied all claims, but Herman is expected to hold a press conference in LA Monday afternoon.