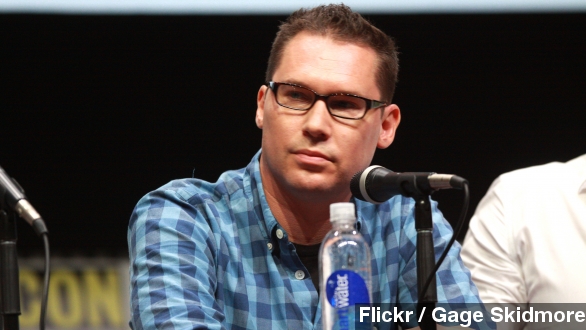 By Mikah Sargent
April 25, 2014
Director Bryan Singer calls the sexual abuse claims brought against him "completely false" in a statement issued to the press.
SHOW TRANSCRIPT

Director Bryan Singer is speaking out more than a week after allegations of sexual abuse were brought up against him.

Singer's accuser Michael Egan filed a lawsuit against him, claiming he was raped and forced to take drugs as a teenager — all as part of a Hollywood sex ring. (Via People)

According to The Guardian, Egan said members of the alleged sex ring "threatened to make or break Egan's career depending on his willingness to keep them happy."

It's unclear why Singer has just now broken his silence regarding the abuse claims, though the director's statement does focus heavily on his absence from promotional events surrounding his upcoming film.

Variety has Singer's statement. The director has chosen not to participate in the promotion of his new film for fear the allegations might divert attention from it.

"Out of respect to all of the extraordinary contributions from the incredibly talented actors and crew involved, I’ve decided not to participate in the upcoming media events for the film." (Via Variety)

Singer's attorney, on the other hand, has denied the sexual abuse allegations since they were filed on April 16. According to TIME, the lawyer calls the filing "an attempt to get publicity at the time when Bryan’s new movie is about to open in a few weeks."

The movie is set to hit theaters May 24th.

The Hollywood Reporter notes Egan's lawyer has filed additional lawsuits against three other Hollywood execs. Egan claims he and other young boys were sexually abused by these men, as well — claims the executives vehemently deny.