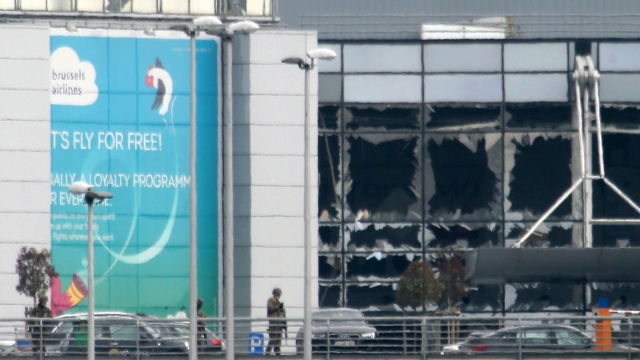 The Brussels Airport reopened Sunday — but only for three "symbolic" flights with Brussels Airlines.

Brussels Airport CEO Arnaud Feist said, "A restart of the operations, even only partially, as quick as this is a sign of hope."

The reopening comes nearly two weeks after at least 32 people were killed in terror attacks in the Belgium capital. ISIS has claimed responsibility for the attacks.

The airport has pushed back the reopening date several times. A week after the attacks, one airport official said getting the airport back to full operations could take months.

The airport said other airlines will begin flights in a few days, and temporary measures will soon allow around 800 passengers to fly out hourly.

While some of the metro lines have opened, bus and train routes going to the airport have not started up again.