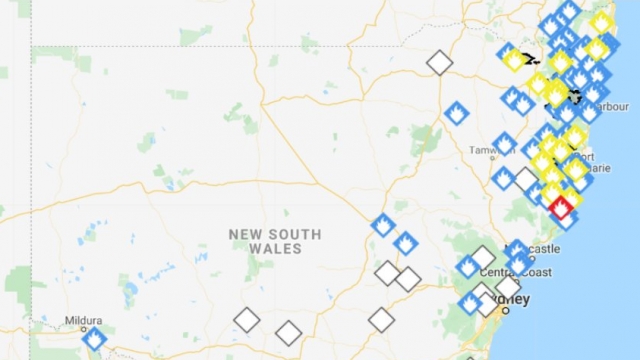 The fires — driven by a persistent drought — are burning in Australia's most populous state, New South Wales.

The number is down slightly from Friday, when there were 96 fires burning across the state, and 17 of them at "emergency warning" level.

New South Wales Rural Fire Service Commissioner Shane Fitzsimmons said at a briefing: "To have 17 fires concurrently burning at an emergency warning alert level is without precedent here in New South Wales. We've simply never had this number of fires burn in NSW at the same time."

The fires have burned hundreds of thousands of acres so far. More than 150 homes have been destroyed. Three people have died and dozens have been injured, including some firefighters.

As of early Sunday, one of the fires is still at an emergency warning level and 15 are under "watch and act" alerts.