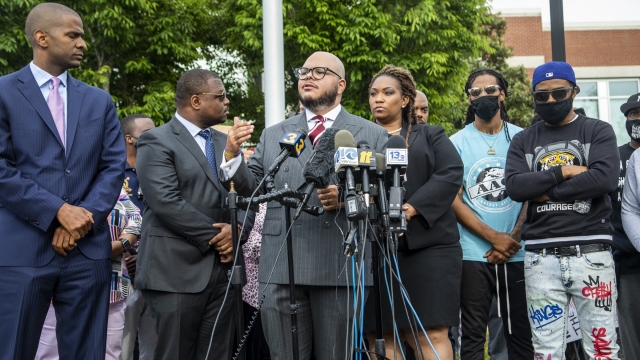 SMS
Brown Family: Deputies Not Justified In Shooting
By Eliana Moreno
By Eliana Moreno
May 12, 2021
A North Carolina judge allowed the family to see about 20 minutes of footage after previously allowing them to see only about 20 seconds of the video.
SHOW TRANSCRIPT

The family of Andrew Brown Jr. says deputies were not justified in killing him last month after they were able to see more body camera footage of his final moments.

A North Carolina judge allowed the family to see about 20 minutes of footage after previously allowing them to see only about 20 seconds of the video.

The family watched six videos and they say it gave them some of the transparency they've been fighting for along with protesters.

An independent autopsy says brown was  fatally shot in the back of the head.

Deputies were trying to serve him with a drug-related search warrant.

Investigators claim deputies opened fire because Brown was backing his car into them, but a Brown family attorney says no one was behind the vehicle when it went in reverse. He says the video needs to be made public but that's something officials have been preventing.

"At no point, let me be very clear, at no point did we see Mr. Brown pose a threat to the law enforcement officers that were there. It was absolutely unequivocally unjustified," said Brown family attorney Chance Lynch.

The deputies involved have not been identified.

The North Carolina State Bureau of Investigation is looking into the case.