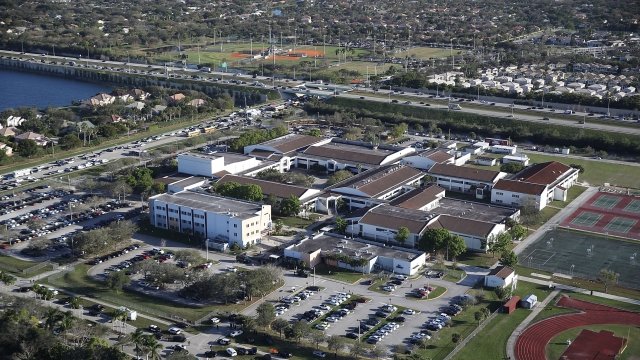 Florida's Broward County school board unanimously voted to refuse money from the state to train school personnel to carry guns on campus.

In March, Florida lawmakers passed a gun control package that included $67 million for the "Coach Aaron Feis Guardian Program" to help schools train and arm their staff. Districts choose if they want to opt-in or not. The law also raised the minimum age to buy a gun and banned bump stocks.

In February, 17 people were shot and killed at Marjory Stoneman Douglas High School in Broward County.

The school board instead wants to use the Guardian Program money to help fund school resource officers and armed law enforcement personnel.