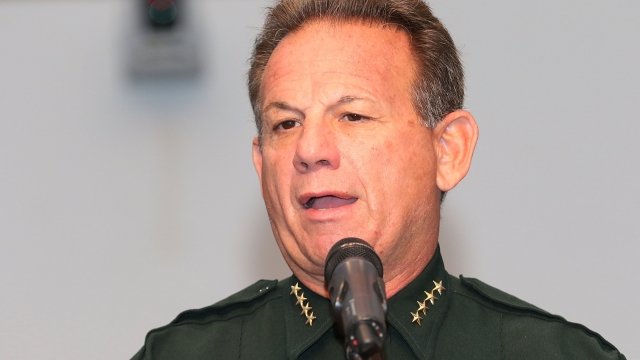 Sheriff Scott Israel publicly criticized a school resource officer in Parkland, Florida, for not entering the building to engage the shooter.

Deputies with the Broward County Sheriff's office organized a no-confidence vote against Sheriff Scott Israel, due in part to how they say he handled the school shooting in Parkland, Florida.

Israel publicly criticized the school's resource officer, who was one of his deputies, for not entering the building to engage the man accused of killing 17 people on Feb. 14.

But the head of a union accuses Israel of refusing to accept blame. Israel says he has demonstrated "amazing leadership." It seems the sheriff's rank and file disagree.

That union, representing more than half the department's deputies, has called for a no-confidence vote against Israel. Voting will start Friday evening and continue through April 26.

The union president, who is also a Broward County deputy, says this is the first vote of its kind against a Broward sheriff. He also claims Israel's leadership was an issue before the Parkland shooting.

Florida Gov. Rick Scott had opened a state investigation into Israel after the shooting.