Officials Release Video Of Deputy Outside Fla. School During Shooting 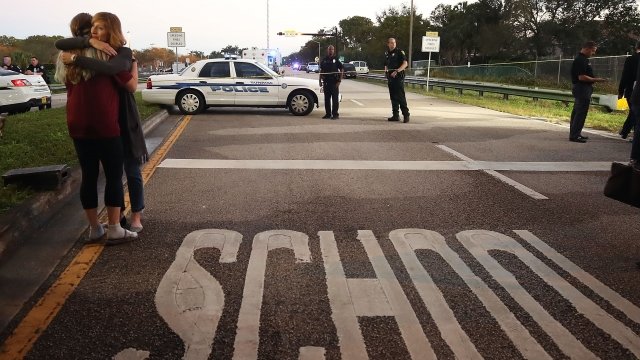 SMS
Officials Release Video Of Deputy Outside Fla. School During Shooting
By James Packard
By James Packard
March 15, 2018
Officials released video Thursday of what they said is a deputy "never" entering Stoneman Douglas High School during a shooting that killed 17.
SHOW TRANSCRIPT

In the video, you can see several people near the building where the shooting was happening. It's hard to pick out Peterson or see what he was doing, but again, the sheriff said Peterson didn't go into the building while the shooter was firing. Earlier this month, the sheriff's office released audio of emergency crews responding to the school. The video above contains some of the sound of Peterson and other officers communicating during that response, coupled with the newly released video from the sheriff's office. 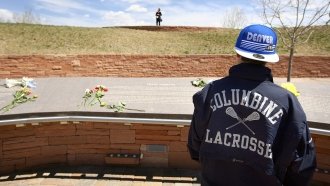 What Has — And Hasn't — Changed Since Columbine

"Be advised we have possible — could be firecrackers — I think we've got shots fired, possible shots fired, 1200 building," Peterson said on the radio. Someone asks him for a description and Peterson responds, "We don't have any descriptions yet, we just hear shots, appears to be shots fired."

At another moment on the tape, Peterson can be heard yelling, "Get the school locked down, gentlemen."

Peterson resigned from his position shortly after the shooting. He had been suspended for failing to enter the building while shots were being fired.