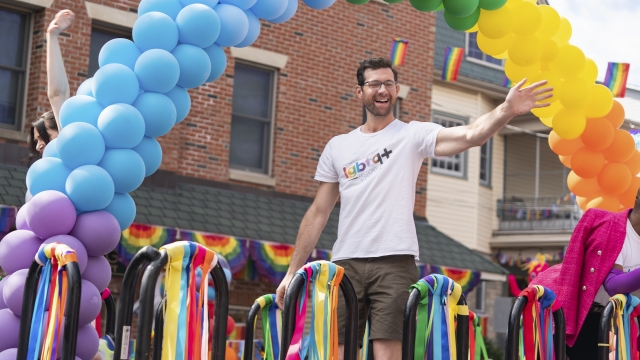 Romantic comedies are a dime a dozen, but "Bros" is a history-maker.

Among other achievements, it features an all-LGBTQ+ main cast, and Billy Eichner is the first openly gay man to both star in and co-write a movie from a major studio.

The rom-com, which made its world premiere at the Toronto International Film Festival, is now in theaters with high praise from critics, at a time when diversity is growing in Hollywood.

"Bros" follows the better-than-anticipated box office debut of "The Woman King" — a Black, female-led action movie starring Viola Davis — and ahead of the release of "Black Panther: Wakanda Forever" — the sequel to the widely beloved, history-making Marvel movie "Black Panther."

Plus, "CODA" won best picture at the Academy Awards this year. The film was released both in theaters and on Apple TV+ and starred deaf actors, including Troy Kotsur. He won the Oscar for best supporting actor for his role in the film.

TV Host and Critics Choice Association member Andrew Freund joined Newsy's Lindsay Tuchman to discuss diversity and representation at the box office and why it's so important.