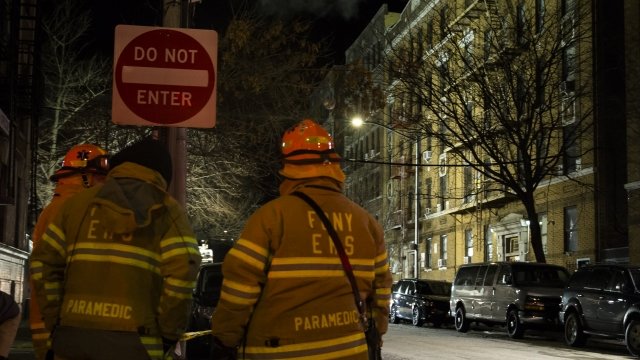 SMS
A Child Playing With A Stove Started The Deadly Bronx Apartment Fire
By Katherine Biek
By Katherine Biek
December 29, 2017
The five-alarm blaze killed at least 12 people, one of whom was 1 year old.
SHOW TRANSCRIPT

At least 12 people were killed in a fire Thursday night at an apartment building in the Bronx, one of New York City's boroughs.

The fire was first reported shortly before 7 p.m. local time. The city's fire commissioner said the blaze began on the first floor of the five-story building and spread quickly. More than 160 firefighters were called in to tackle what became a five-alarm fire.

Officials found the victims, one of whom was 1 year old, on various floors. Four other people were critically injured. 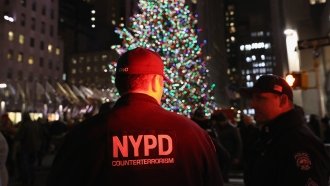 On Friday, fire marshals confirmed the blaze was started by a 3-year-old playing with a stove. The child's mother left the apartment door open after scrambling to get out, causing the fire to quickly spread.

NBC reports the brick building was old enough that it wasn't required to have a sprinkler system. And CNN says city records from August show one unit had defective carbon monoxide and smoke detectors. It's unclear if they were replaced.

Thursday's blaze is the deadliest fire in the city since 87 people were killed at a social club in 1990.

New York City Mayor Bill de Blasio said in a statement on Twitter, "I want to offer my prayers to all the families who have lost their loved ones this evening or who are struggling. I ask all New Yorkers to keep them in your prayers, too."