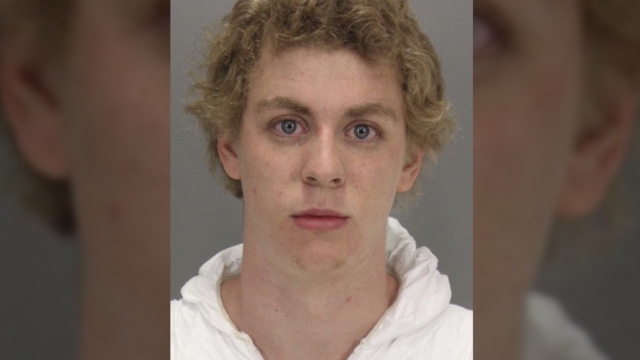 SMS
Brock Turner Criticized For Blaming 'Party Culture' At Stanford
By Ben Lawson
By Ben Lawson
June 9, 2016
Some say Turner's letter to the judge doesn't acknowledge the damage done to the survivor of the sexual assault.
SHOW TRANSCRIPT

In a letter obtained by The Guardian, Brock Turner, the former Stanford University swimmer found guilty of sexual assault, said his actions were a result of the "party culture" of college life.

The letter was sent to the judge before Turner's sentencing. He was found guilty of sexually assaulting an unconscious woman outside a fraternity house.

He admitted to being the "sole proprietor of what happened on the night," but some say he failed to acknowledge the damage done to the survivor.

Instead, his statement focused on the internal "torment" he's faced dealing with his actions and the way it's changed his life.

Turner says it stripped him of his ability to earn a Stanford degree, a chance to swim in the Olympics, employment opportunities and his reputation.

Some are arguing his letter blames his environment for what happened that night.  He wrote, "I've been shattered by the party culture and risk taking behavior that I briefly experienced in my four months at school."

Judge Aaron Persky is facing national outrage after many said he handed down a light sentence given the nature of the crime. Turner got six months in a county jail and three years probation.

This video contains clips from KGO-TV, KNTV and KPIX and images from the Santa Clara County Sheriff's Office and the Stanford University Department of Public Safety.