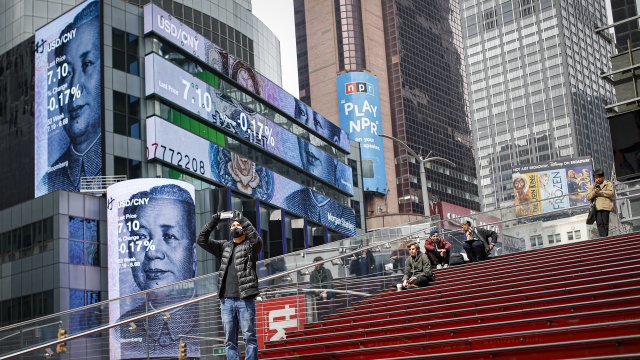 The lights will remain out on Broadway through at least Sept. 6 because of the coronavirus pandemic.

The Broadway League, which is a trade association representing theater owners and producers, made the announcement Tuesday.

The industry had originally been hoping to reopen by mid-April, but it's extended the shutdown several times. Parts of New York state are scheduled to begin reopening on May 15. But the arts and entertainment sectors will be some of the last businesses to resume operations under Cuomo's plan to ease coronavirus lockdown measures.

Broadway had been in the midst of a golden age before the outbreak. Its 2018-2019 season brought in almost 15 million patrons who purchased more than $1.8 billion in tickets.

But with audiences now stuck at home, more and more recordings of Broadway productions have been making their way online as part of a way to entertain and drum up some revenue.

For example, Disney+ is releasing a film of the "Hamilton" stage show on its platform in July.