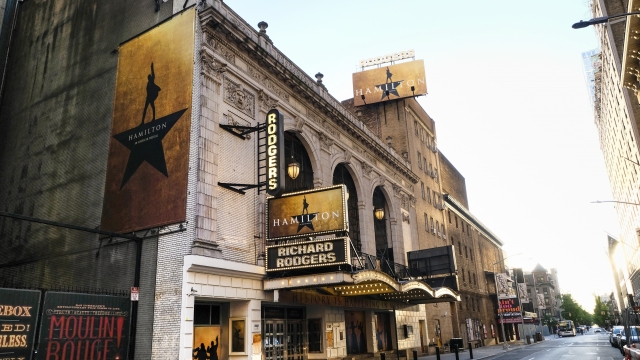 SMS
Broadway Theaters Plan To Not Reopen Until 2021
By Katherine Biek
By Katherine Biek
June 30, 2020
The Broadway League said shows will likely raise their curtains again over a series of rolling dates next year.
SHOW TRANSCRIPT

The lights will remain out on Broadway for the rest of the year because of the coronavirus pandemic.

The Broadway League, which is a trade association representing theater owners and producers, announced Monday that performances will not resume until January 3, 2021 at the earliest.

The League is currently working on ways to safely pack actors, crew, and audience members into theaters. It said shows will likely raise their curtains again over a series of rolling dates next year.

The industry had originally been hoping to reopen by mid-April, but it's extended the shutdown several times. While parts of New York have already reopened, the arts and entertainment sectors will be some of the last businesses to resume operations under Cuomo's plan to ease coronavirus lockdown measures.

Broadway had been in the midst of a golden age before the outbreak. Its 2018-2019 season brought in almost 15 million patrons who purchased more than $1.8 billion in tickets.

Theaters had already grossed more than $1.3 billion in tickets during their current season when they were forced to close.