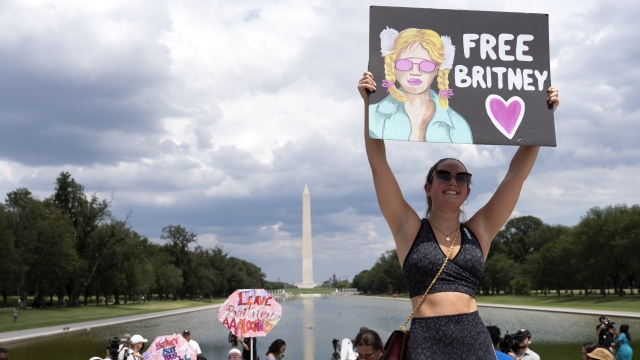 Britney Spears is one step closer to ending her conservatorship and regaining her personal freedom. A judge just granted the pop star the ability to choose her own lawyer after her previous court-appointed attorney Samuel Ingham resigned earlier this month.

Hollywood attorney Mathew Rosengart attended the latest hearing to take over as Spears’ lawyer. He had been in talks with the musician for the past couple days, and a source told the New York Times that he would “take a more aggressive approach” to terminate the conservatorship.

Sarah Hooper, Executive Director of UC Hastings Consortium on Law, Science & Health Policy: "If there are genuine concerns about her ability to manage her affairs on her own, the judge may be hesitant to simply terminate the conservatorship without other different better supports in place."

Advocates for the pop star rallied all over the world — focusing not only on Spears, but also the issues surrounding conservatorships in general.

#FreeBritney supporter Angela Furlani: "It’s human rights, it’s civil rights. If this can happen to a multimillionaire pop star, and it’s coming to light, how many other people does this happen to?"

#FreeBritney supporter Brandon Thomas: "It’s crazy. Once I started to read a little bit more about it, I was like, seems kind of binding."

Experts emphasized to Newsy that conservatorships can protect those who can’t take care of themselves. But Britney Spears’ conservatorship is not the norm.

#FreeBritney supporter Suzzanne Monk: "It’s certainly something I was familiar with for the elderly, but this isn’t something that a healthy, working woman who employs dozens should be under."