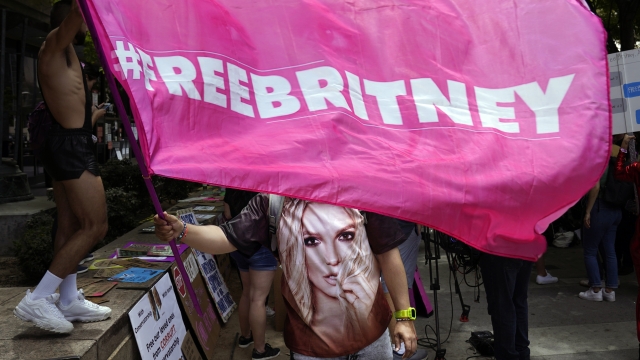 Another hearing is set for today in Britney Spears' plea to end her conservatorship.

A Los Angeles judge, people with legal power over the singer and Spears herself are expected to take part in today's hearing. They'll address what Spears said during last month's hearing.

That's when she spoke out publicly about her conservatorship for the first time in the 13 years it's been in place. She said she's been both physically and mentally abused.

Spears is not expected to deliver a statement today.

Right now, she wants permission to appoint her own lawyer after her longtime lawyer resigned.