British Woman Dies After Being Exposed To Nerve Agent Novichok 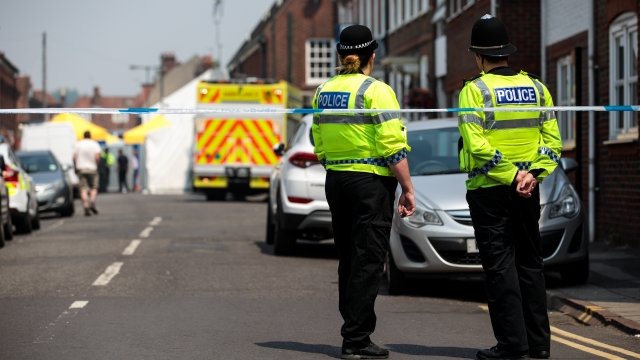 British police launched a murder investigation after a woman who was exposed to a nerve agent died Sunday.

British police launched a murder investigation after a woman who was exposed to a nerve agent died Sunday.

Dawn Sturgess and another person, Charles Rowley, were both exposed to novichok late last month. That's the same nerve agent that poisoned a former Russian spy and his daughter earlier this year. As of early Monday, Rowley is still in critical condition.

On Sunday, Prime Minister Theresa May tweeted that she was "appalled and shocked" by Sturgess' death, adding that authorities were "working urgently to establish the facts of this incident."

Authorities are still trying to figure out where Sturgess and Rowley were exposed to the nerve agent, but they've already confirmed the two touched something that was contaminated.

Police said they can't say yet "whether the nerve agent was from the same batch that the Skripals were exposed to."

UK officials blamed Russia for the attack on the Skripals in March. Russia's repeatedly denied any involvement and has also said it had nothing to do with the most recent incident.