British Tanker Seized By Iran Is Released After 2 Months 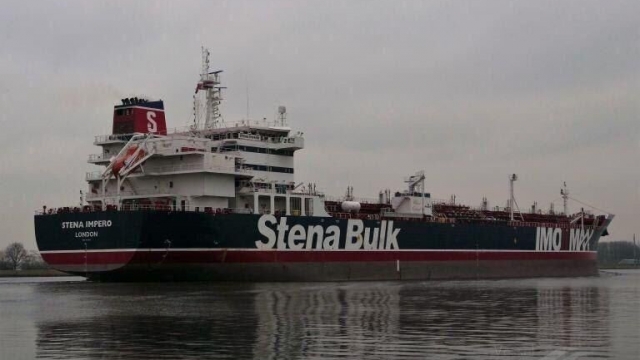 After a two-month standoff, the Stena Impero, a British oil tanker seized by Iran, is reportedly "free to leave."

An Iranian government spokesperson announced its release Monday, saying, "The legal work has been done, and the administrative procedures have been completed for the release of the [British] tanker."

The Islamic Revolutionary Guard Corps seized the Stena Impero on July 19 in the Strait of Hormuz. The corps said the ship had violated maritime rules. That seizure happened just two weeks after British marines seized an Iranian tanker suspected of transporting oil to Syria, which would have violated European sanctions.

On Monday, the CEO of the company that owns the Stena Impero told CNN the tanker is still in the same place it was seized and that he had "no further information about it."

The news comes as British Prime Minister Boris Johnson and Iranian President Hassan Rouhani are set to meet at the U.N. General Assembly.

Iran says it's cleared the ship for departure, but it's not clear when the tanker will set sail.