This Discovered Fossil Could Be The First Of Its Kind 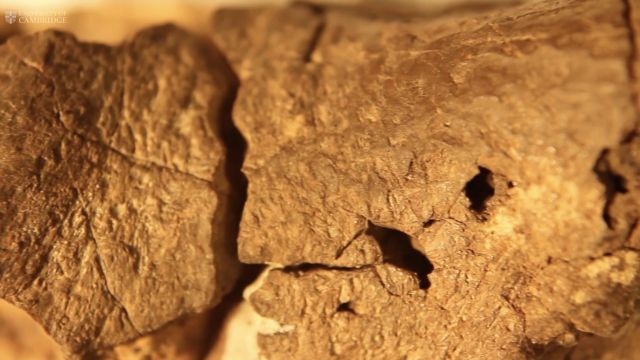 An amateur fossil hunter found the potential brain fragment in East Sussex, England, more than a decade ago.

The fossil seems to be from an herbivorous dinosaur, similar to an Iguanodon, that lived during the Early Cretaceous Period — roughly 133 million years ago.

Although previous dinosaur fossils have captured skin, organs and even red blood cells, scientists were skeptical brain tissue could be preserved.

One paleontologist from the University of Cambridge said the brain fragment was most likely petrified when the dinosaur died in a shallow swamp or bog. There the acidity of the water replaced the soft tissue with minerals, basically "pickling" the brain.

The finding is important not only because it's the first of its kind, but because it can hopefully pave the way for similar discoveries in the future.

However, this will not tell scientists much more about dinosaurs. Although, it does support previous research that concluded the prehistoric beings are similar to modern-day birds and crocodiles.