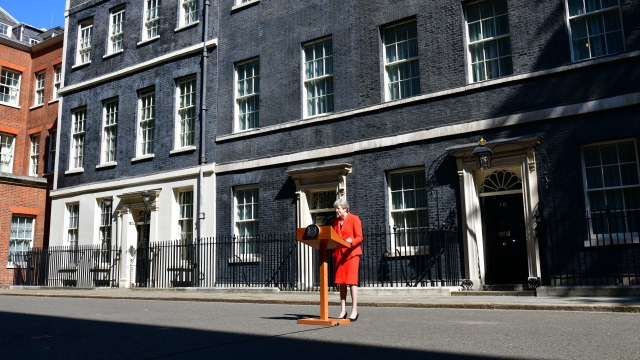 May said in a speech, "I will shortly leave the job that it has been the honor of my life to hold. The second female prime minister, but certainly not the last. I do so with no ill will, but with enormous and enduring gratitude to have had the opportunity to serve the country I love."

For months, May's faced calls to resign from both opposition leaders and members of her own party. Those calls grew after she unveiled her latest Brexit deal earlier this week.

"I negotiated the terms of our exit and new relationship with our closest neighbors that protects jobs our security and our union. I have done everything I can to convince MPs to back that deal. Sadly I have not been able to do so," May said.

May will officially step down as party leader on June 7 and the process of electing a new leader is expected to start the following week. She says she'll stay on as prime minister until that new leader is elected.