British MP's Push For Government To Extradite Assange To Sweden 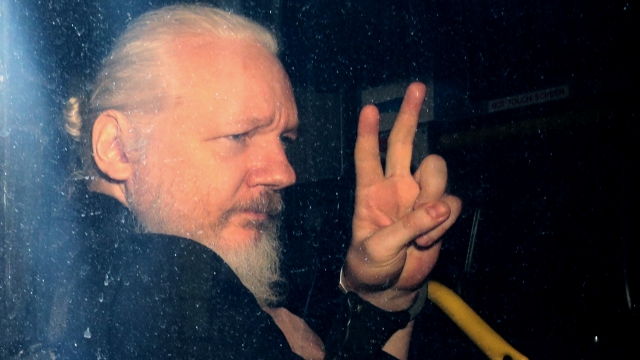 SMS
British MP's Push For Government To Extradite Assange To Sweden
By LeeAnne Lowry
By LeeAnne Lowry
April 13, 2019
Over 70 parliament members requested the government communicate to Sweden it will accept an extradition request.
SHOW TRANSCRIPT

British members of Parliament are pressuring the government to cooperate with Sweden if it requests that Julian Assange be extradited.

The WikiLeaks founder was arrested Thursday under warrants from both the U.K. and U.S. after Ecuador revoked his asylum. Since 2012, Assange had been staying at Ecuador's embassy in London, avoiding extradition to Sweden for sexual assault allegations.

Sweden eventually dropped those charges. But, it said one of the accusers requested the probe be opened again. The country has not announced a decision on that.

The U.K. has found Assange guilty of breaking bail conditions and the U.S. charged him with conspiracy to commit computer hacking. He's set to be sentenced in the U.K. May 2, and the U.S. has requested extradition.

In a letter Friday, over 70 British MPs requested the government communicate to Sweden it will accept an extradition request, if one is made. The letter said the statute of limitations for the rape allegation ends August 2020, and that the U.K. needs to "send a strong message" that the country stands with victims of sexual violence.