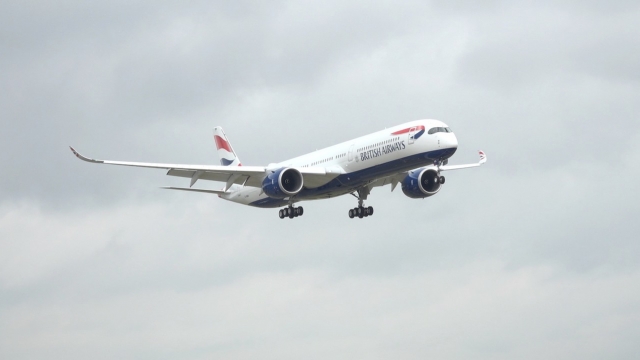 SMS
British Airways Expected To Suspend 36,000 Employees
By Katherine Biek
By Katherine Biek
April 2, 2020
The airline is negotiating a deal with a U.K. trade union to suspend up to 80% of its staff over the coronavirus pandemic.
SHOW TRANSCRIPT

British Airways is reportedly planning to suspend as many as 36,000 of its employees because of the coronavirus pandemic.

A spokesperson for the airline told news outlets that officials are still negotiating with the U.K. trade union Unite. But both sides have reportedly already agreed to a deal that would see up to 80% of British Airways' cabin crew, engineers, ground staff and employees working in its head office be suspended.

The airline's parent company has already suspended flights to China and Italy — two countries hit especially hard by the virus. It also decided to cut its flying capacity by at least 75% for both April and May.

Under the deal with Unite, all British Airways staff hired to work at London's Gatwick Airport would be suspended, since the airline stopped operating there earlier this week. Those operations at the U.K.'s second-busiest airport will resume once the pandemic is over.

Employees who are suspended would still get to earn some of their salary, thanks to a plan put in place by the U.K. government.

British Airways already has a separate agreement in place with its pilots. They are taking a 50% pay cut and are taking two weeks of unpaid leave in both April and May.