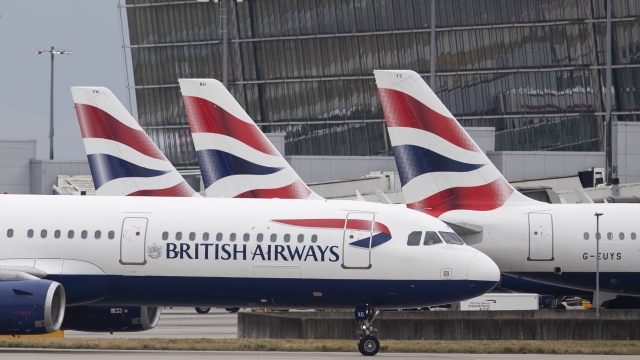 Terminal 5 at London's Heathrow Airport was virtually empty Monday after British Airways canceled nearly all of its flights scheduled for Sept. 9 and 10 because its pilots went on strike.

The two sides are locked in an ongoing pay dispute. Back in July the airline offered pilots what it called a "fair and generous" 11.5% pay raise over three years. That would've put their average annual salary around $250,000 once the full raise was in effect.

But the British Airline Pilots Association rejected the offer, saying its members should get a greater share of the company's profits.

Because British Airways was forced to cancel so many flights, it's advising passengers to not even come to the airport. Instead, it's offering full refunds to customers or giving them the option to rebook on other airlines.

According to the pilots association, the strike should cost British Airways almost $50 million per day. It's currently scheduled to hold another strike on Sept. 27.