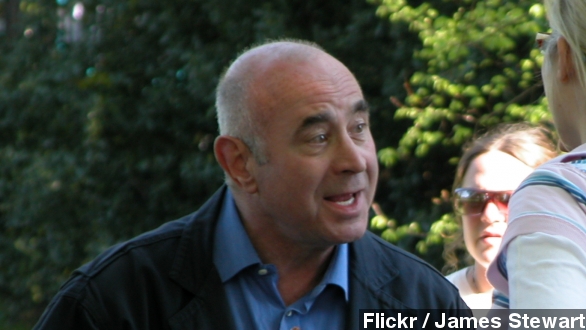 British actor Bob Hoskins has died at the age of 71.

According to Hoskins' agent and family, he passed away Tuesday night in the hospital from complications from pneumonia. (Via Al Jazeera)

His wife and their children said in a statement obtained by Sky News Wednesday: "We are devastated by the loss of our beloved Bob. ... We ask that you respect our privacy during this time and thank you for your messages of love and support."

According to the BBC, Hoskins got his big break into the acting world by mistake. He claimed he was accidentally called into a theater audition but ended up being a natural.

After finding success on the stage, he started landing parts on TV and in movies. (Via Flickr / James Stewart)

He was nominated for a best actor Academy Award for his performance in the 1986 drama "Mona Lisa." (Via HandMade Films / "Mona Lisa")

A writer for The Telegraph says Hoskins will always be remembered for his ability to play tough con men and gangsters with a soft spot.

"An actor who built a name playing thugs and losers yet who graduated to the status of 'national treasure'. ... The parts he played so poetically reflected the nature of Britain in all its good and evil. Hoskins was a man of rare talent who turned little men into giants."

There's no word yet on any pending funeral arrangements. Hoskins is survived by his wife, Linda, and his four children.