Another British Royal Is Getting Married This Year 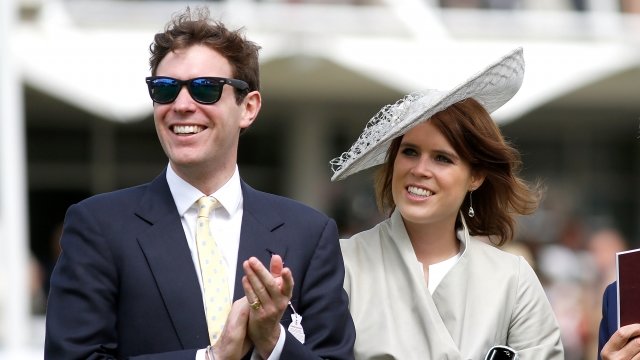 SMS
Another British Royal Is Getting Married This Year
By Katherine Biek
By Katherine Biek
January 22, 2018
Buckingham Palace announced Monday that Princess Eugenie and her longtime boyfriend Jack Brooksbank are engaged.
SHOW TRANSCRIPT

What's better than one British royal wedding in 2018? How about two.

Buckingham Palace announced Princess Eugenie is engaged to her longtime boyfriend Jack Brooksbank. The couple met back in 2010.

Eugenie is the daughter of Prince Andrew and Sarah Ferguson and the granddaughter of Queen Elizabeth. She's currently eighth in line for the throne.

The couple is set to be married at Windsor Castle in the fall. That means their wedding will take place after the Duchess of Cambridge gives birth to her third child with Prince William in April and after Prince Harry weds Meghan Markle in May.