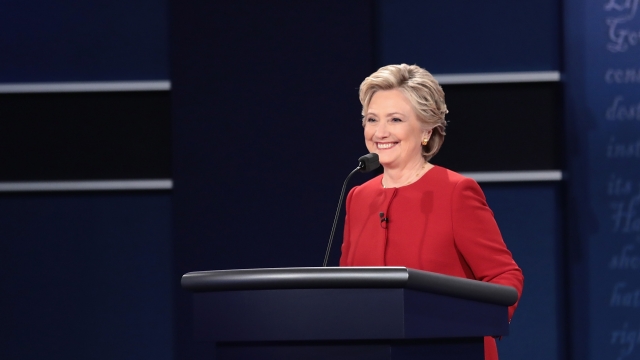 "She looked, I think, for the most part, she looked composed, smug sometimes, not necessarily attractive," Fox News host Brit Hume said after the first presidential debate.

Some berated Hume for what they called his "sexist" take on Clinton's looks. Others criticized Hume's appearance.

Hume also shared some criticism of Donald Trump, but his comments were not about Trump's attractiveness.

"He looked annoyed, put out, uncomfortable," Hume told his colleagues after the debate Monday.

Hume wasn't the only person to critique Clinton's appearance. But the question is, would any host ever describe a male presidential candidate as "not necessarily attractive?"

Magazine editor David Frum apparently apparently thought Clinton smiled too much. He later acknowledged he offended some people — in a seemingly tongue-in-cheek way.

"Well, I was commenting on the candidate's demeanor, which is what you evaluate as a political journalist when you're watching a debate," Hume said.

Regardless, it would probably be in Hume's best interest to be careful about what he says about women. His comment came just weeks after Fox News settled a lawsuit from former anchor Gretchen Carlson for $20 million. Carlson accused former chairman Roger Ailes of sexual harrassment.

Ailes resigned his post at Fox News in July. He is now reportedly advising Donald Trump.