Bristol Palin Pregnant Again: 'I Do Not Want Sympathy' 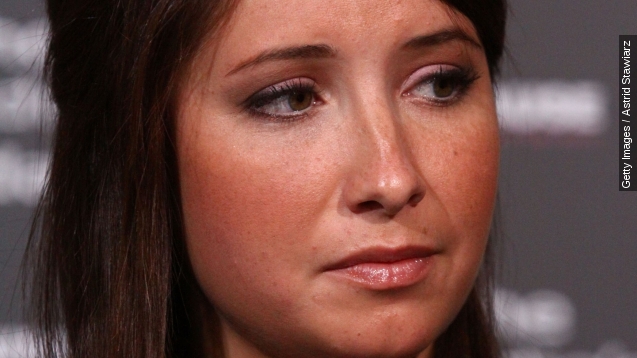 Just one month after calling off her wedding, Bristol Palin has announced she’s pregnant with her second child.

The 24-year-old daughter of Sarah Palin wrote in a blog post, “I know this has been … a huge disappointment to my family, to my close friends, and to many of you. But please respect … my privacy during this time. I do not want any lectures and I do not want any sympathy.”

After a two-month long engagement, Palin and former U.S. Marine Dakota Meyer were supposed to get married on May 23.

But just days before the impending nuptials, her mother announced that the wedding had been cancelled.

Palin took to her blog a few days later to explain. “This is a painful time for family and friends and I would just really appreciate your prayers. I know God's plan is greater than anything else.”

She got pregnant with him back in 2008 at age 17, a scandal that threatened to derail her mother’s White House hopes.

But the Palins quickly turned the unplanned pregnancy into a story of resilience, which quickly translated into nationwide fame for Bristol.

She appeared on season 11 of “Dancing With the Stars,” was given her own Lifetime docu-series and raked in more than $250,000 as The Candie’s Foundation’s teen pregnancy ambassador.

“What if I didn’t have all these opportunities? Believe me, it wouldn’t be pretty.” (Video via The Candie's Foundation)

Palin has not confirmed if she and Dakota are still together, or if he is the father of her unborn child.