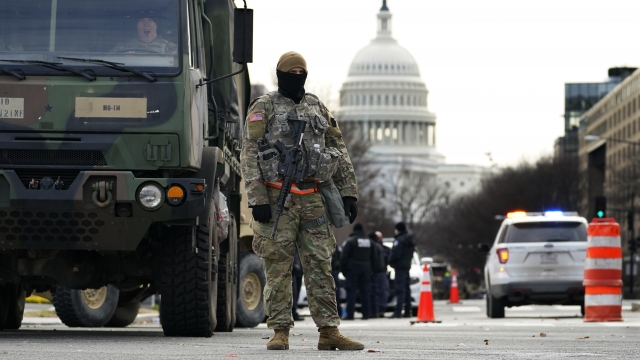 SMS
Brief Lockdown At U.S. Capitol Over Nearby Fire
By Jay Strubberg
By Jay Strubberg
January 18, 2021
According to reports, a propane tank exploded at a homeless camp but the situation is under control.
SHOW TRANSCRIPT

The U.S. Capitol was locked down Monday, reportedly due to a fire at a nearby homeless camp.

Law enforcement officials told The Associated Press an inauguration rehearsal was evacuated in an abundance of caution.

Lara Seligman, who covers the Pentagon for Politico, reports that a National Guard source told her a "propane tank exploded at a homeless camp near the Capitol." And that "several other propane tanks have been spotted laying around and are being investigated by police."

This, of course, comes as D.C. security is high following the deadly riots and concern over more potential threats of violence.