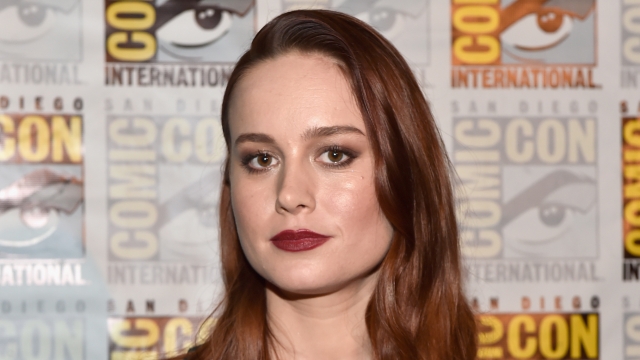 For the first time, Marvel Studios has cast a woman as its title character, and that woman is Brie Larson.

Marvel Studios made the announcement on Saturday at Comic-Con. And the crowd seemed pretty excited.

Larson tweeted later Saturday: "Thanks for the love! I'm so excited to be part of the team."

She recently won an Academy Award for best actress in the film "Room." Though it wasn't an action film, Larson has experience starring in that genre.

She stars in the yet-to-be-released "Kong: Skull Island" and "Free Fire."

"Captain Marvel" is expected to be released March 8, 2019. But we could see Larson play the character sooner. She's rumored to appear in the "Avengers: Infinity War – Part I," which is set to be released in 2018.