Brian Williams To Stay At NBC: Can He Regain Viewers' Trust? 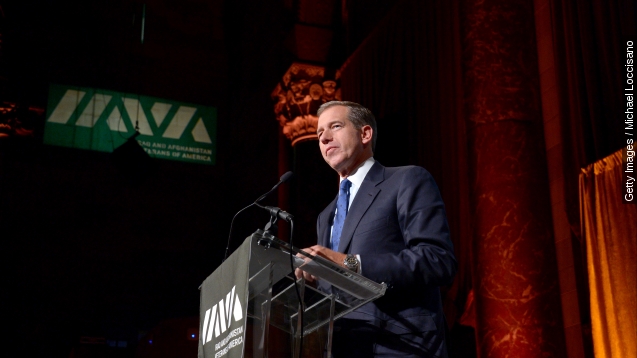 NBC has confirmed Brian Williams will join the MSNBC team as a breaking news and special reports anchor.

After filling in for Williams in the aftermath of his scandal, Lester Holt will become the permanent anchor of “Nightly News,” making him the “first black solo anchor of a weekday network nightly newscast.”

Williams said in a statement, “I let down my NBC colleagues and our viewers, and I’m determined to earn back their trust.”

"I made a mistake in recalling the events of 12 years ago. ... I want to apologize," Williams said.

In February, Williams admitted to exaggerating his experience during the Iraq War. He claimed to have been in a helicopter that was shot down by a rocket-propelled grenade. That called into question his coverage of events like Hurricane Katrina.

The move to MSNBC will be a homecoming for Williams, who was an anchor there from 1996 to 2004.

But with Williams reportedly returning in some capacity, can NBC expect viewers to trust him?

Every September, Gallup polls Americans on their trust in the media. Last year, only 18 percent of the country had either a "great deal" or "quite a lot" of confidence in television news.

A major point of the negotiations with NBC was reportedly how Williams will apologize for or address the scandal.

We know what you're thinking: but didn't Williams already apologize?

He actually apologized for misremembering the events, saying he had actually been in the helicopter behind the one hit by an RPG.

Since he was banned from speaking publicly on the issue, Williams has been silent during his suspension.

It's not yet clear what Williams said in that apparent interview, but taking responsibility could go a long way toward regaining viewers' trust.