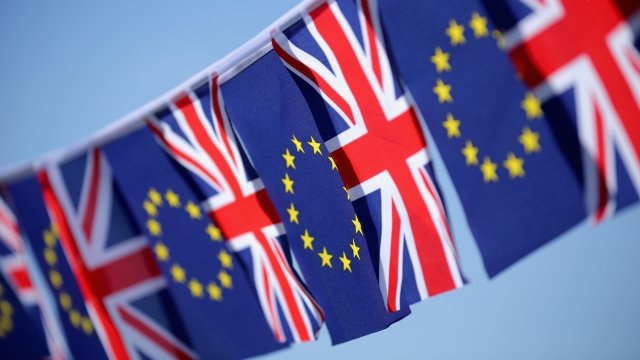 SMS
Brexit: Negotiators Agree To A 21-Month Transition Process
By Katherine Biek
By Katherine Biek
March 19, 2018
The transition period will begin after the U.K. officially leaves the European Union on March 29, 2019.
SHOW TRANSCRIPT

Officials from the U.K. and the European Union have agreed to a 21-month-long Brexit transition period.

The transition period is supposed to provide more time for U.K. businesses to adapt to Brexit. The U.K. will still be bound by all of the EU's rules during that time, but it won't be involved in any EU decision making.

One thing negotiators on both sides still haven't made a final decision on: what happens to Northern Ireland after Brexit. Another round of talks — this time solely centered on all things Ireland — start next week.