The Irish Border Is The UK's Last, Biggest Obstacle To A Smooth Brexit 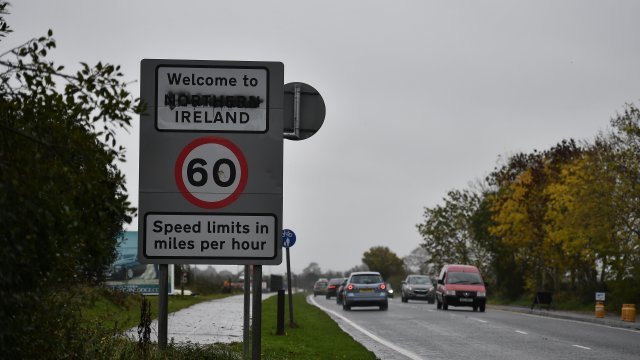 SMS
The Irish Border Is The UK's Last, Biggest Obstacle To A Smooth Brexit
By Matt Picht
By Matt Picht
December 17, 2018
Brexit is months away, and the U.K. and E.U. still haven't secured a clear roadmap for the future of the border between Ireland and Northern Ireland.
SHOW TRANSCRIPT

The U.K.'s exit date from the E.U. keeps getting closer, and there's still one major issue threatening a smooth Brexit: the Irish border.

The boundary between the U.K. territory of Northern Ireland and the sovereign state of Ireland is set to become the only land border separating the U.K. from the E.U. It's also seen decades of violence between pro-U.K. and pro-independence factions in the region during the late 20th Century.

David O'Sullivan is the European Union's Ambassador to the U.S. He told Newsy the E.U. was a key part of ending the Northern Ireland conflict, keeping Northern Ireland in the U.K. without cutting it off from the Republic of Ireland.

There's technically always been an international boundary between Northern Ireland and Ireland. But since both sides were part of the E.U., neither one really had to force the issue. Now, Brexit's about to change that.

After Brexit, the U.K. will likely set up trade deals and economic policies that differ from E.U. standards. That means any goods or people passing across the Irish border will need to be inspected.

But shoring up the border is harder than it sounds. Ireland's border with Northern Ireland stretches about 310 miles, and officials on both sides figure there's about 208 crossing points on that boundary line. For comparison, the E.U.'s entire eastern border — spanning nine countries and 3,720 miles — has an estimated 137 crossing points. 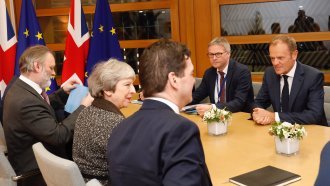 The EU Isn't Budging On Its Brexit Deal With Theresa May

So why is the Irish border so much more complex? Well, it wasn't really designed to be an international boundary.

O'Sullivan said, "Americans will understand when I say these are county boundaries, they're administrative boundaries, they were never, you know, there's not a river, there isn't a mountain range. And this border crisscrosses the countryside, some people have farms, which are on both sides of the border, the border goes through people's living rooms."

O'Sullivan said, "Some of the people perhaps best equipped to exploit that situation could be the former paramilitaries, the former terrorists, now retired, but who might, you know, go into business. I think the fear is that the complexity of the border, the risk of criminal activity which could then take a dangerous turn."

Negotiators haven't figured out a way around these problems yet. Instead, they've reached a fallback plan which requires the U.K. to stay aligned with the E.U. unless a more permanent solution is worked out. But opposition from U.K. Parliament over that plan could sink the entire deal and push both sides towards a chaotic no-deal Brexit.