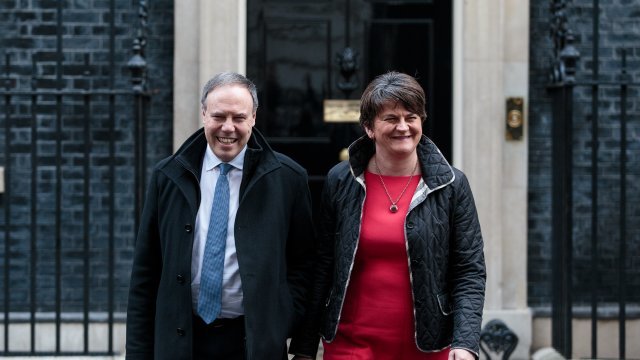 SMS
Brexit Border Deal Could Threaten The UK Government
By Matt Picht
By Matt Picht
November 30, 2017
A potential Brexit deal on the border between Northern Ireland and Ireland could cost the U.K. government some crucial supporting votes.
SHOW TRANSCRIPT

Right now, the U.K.'s government is being propped up by a small party from Northern Ireland. But Brexit could change that.

Officials from the Democratic Unionist Party are considering pulling their support of the ruling Conservative Party, depending on how Brexit affects the border between Northern Ireland and Ireland. 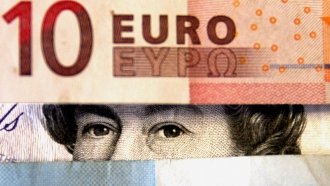 A Brexit Deal Starts To Form Before A Key December Deadline

Once the U.K. leaves the European Union, it'll follow different trade and customs rules than the Republic of Ireland, which is still in the EU. That'll affect Ireland's border with the U.K., which is relatively open and unrestricted now.

Negotiators are reportedly planning a Brexit deal that keeps the border as it is now — but that'd involve giving Northern Ireland different trade rules than the rest of the U.K., which the DUP argues is unfair.

U.K. Prime Minister Theresa May can't muster a majority in Parliament without DUP votes. If the Northern Ireland party deserts her, May could be looking at the end of her term in office.