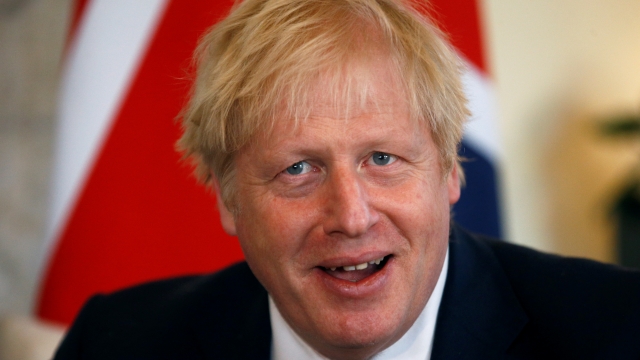 SMS
Brexit Bill Clears U.K. Parliament
By Ahmed Jawadi
By Ahmed Jawadi
January 22, 2020
After years of political deadlock, the U.K. is set to leave the EU by the end of the month.
SHOW TRANSCRIPT

After years of political deadlock, a bill that would see the U.K. leaving the EU has finally cleared through the country's Parliament.

The European Union (Withdrawal Agreement) Bill is now set to be enacted into law after clearing both houses of Parliament. Although the House of Commons voted Wednesday to overturn a series of amendments to the bill, which the House of Lords had passed earlier this week, both houses ultimately agreed to push the bill forward.

Prime Minister Boris Johnson said the country can now "move forwards as one United Kingdom," adding: "At times it felt like we would never cross the Brexit finish line, but we've done it. Now we can put the rancor and division of the past three years behind us and focus on delivering a bright, exciting future."

The bill will officially become law when it receives royal assent from the queen. The EU council and commission presidents are expected to sign off on the agreement in the coming days. Then it heads to the bloc's Parliament for a vote next week, where it's expected to pass. If everything goes according to plan, the U.K. will officially leave the EU at 11 p.m. local time on Jan. 31.